Precision, Confidence, and When The Dead Peaked 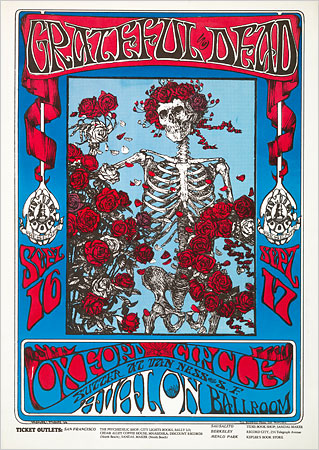 The other day I found this New York Times story, Bring Out Your Dead, about The Dead’s “resurrection” tour this Spring, and it both cracked me up and got me thinking.

I asked [a guy I’d met] when he thought the Dead reached its peak, game to try out a half-formed argument for 1975 or thereabouts.

Take a minute to think of the different levels at which one could answer the question, when did The Grateful Dead peak?

Clearly the specificity with which you answer a question is some implicit sign of knowledge. Ask a layman the height of Mount Everest and you might get “about six miles.” Ask a mountaineer and you’ll get “29,029 feet.”

Sometimes other factors drive specificity. Ask my friend Jon Temple how long he worked at Business Objects and he’ll say “36 quarters.” I say “9 years.” The difference? Jon was in sales and I was in marketing. So specificity can also reflect mentality. (By the way, it’s my 20th quarter at Mark Logic.)

But I loved the Deadhead’s answer because it wasn’t just a precise date — which itself would have been astounding given the band’s 30 years of touring — it was a whole level beyond that:

The article goes on to discuss the Grateful Dead’s taping culture and its consequences, which I’ve long believed provides a forgotten roadmap for media companies in dealing with digitization.

This entry was posted in Grateful Dead. Bookmark the permalink.

One response to “Precision, Confidence, and When The Dead Peaked”