Joining the Granular Board of Directors

I’m very happy to say that I’ve joined the Board of Directors of Granular.  In this post, I’ll provide some commentary that goes beyond the formal announcement.

I think all CEOs should sit on boards because it makes you a better CEO.  You get take remove the blinders that come from your own (generally all-consuming) company, you build the network of people you can rely upon for answering typical CEO questions, and most importantly, you get to turn the tables and better understand how things might look when seen from the board perspective of your own company.

To get a sense of the team’s DNA, here’s a word cloud of the leadership page. 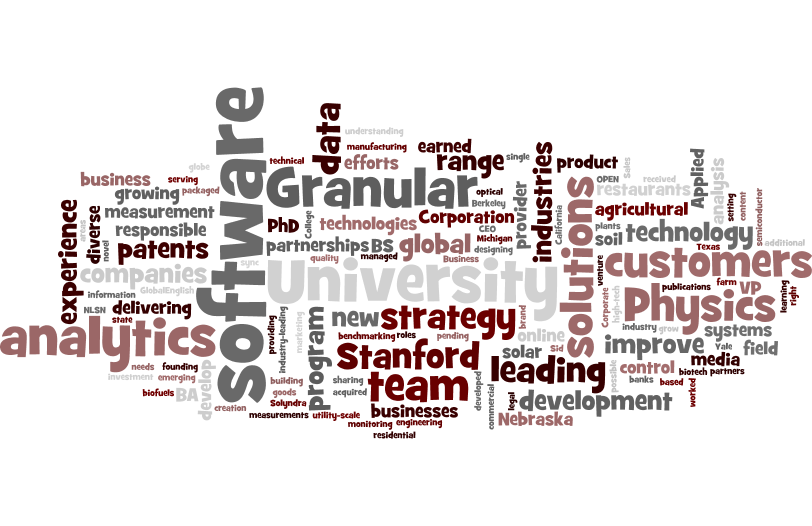 Finally, let’s share a bit about why I decided to join the board.

I thank the Granular team for taking me on the board, and look forward to a bright, transformational future.

This entry was posted in AgTech, Board, Entrepreneurship, Innovation, SaaS, Startups. Bookmark the permalink.