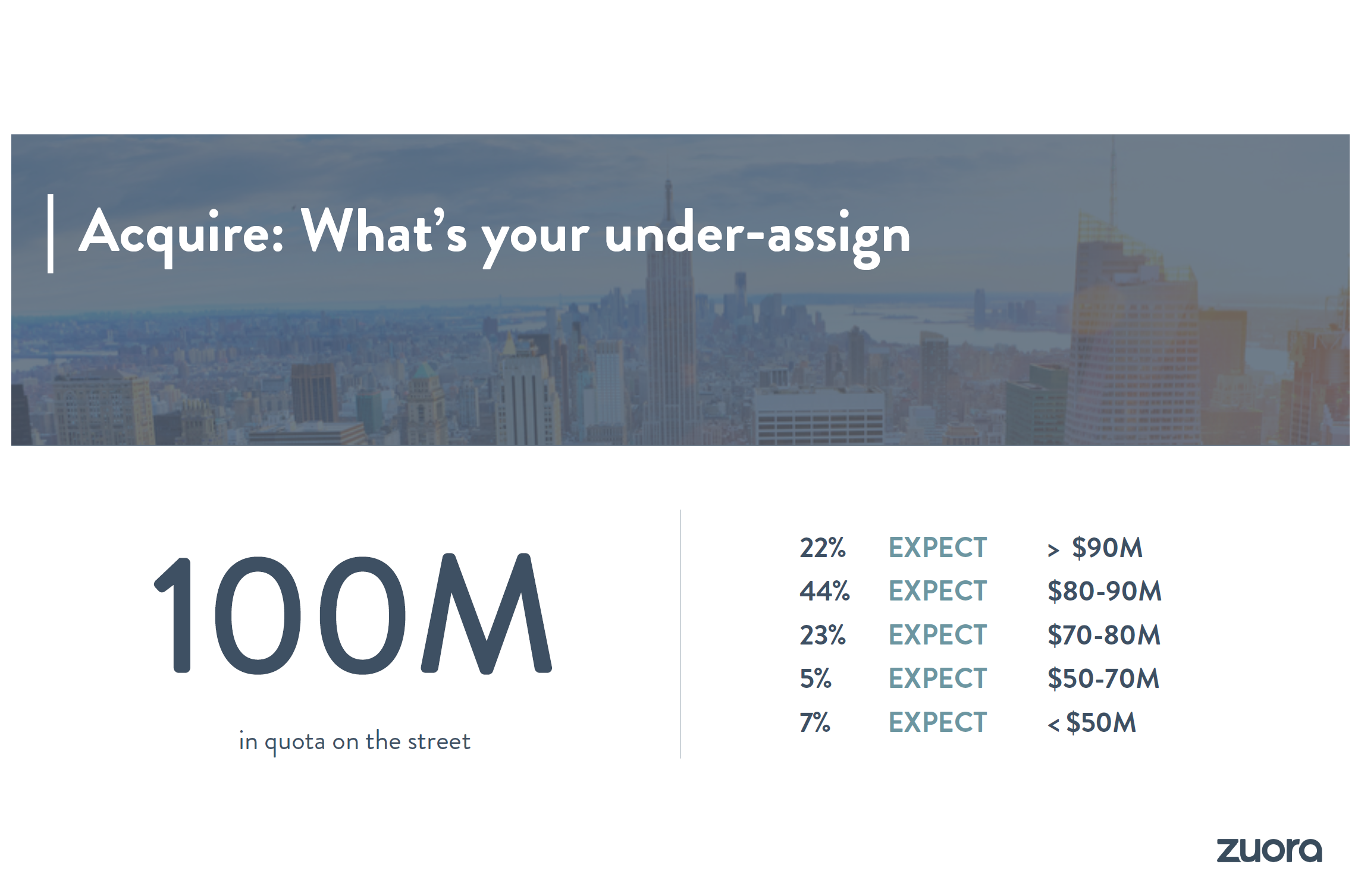 Since they talk about this as under-assignment, since people aren’t great at flipping fractions in their head, and since I think of this more intuitively as over-assignment, I’m going to invert this and turn it into a pie chart. 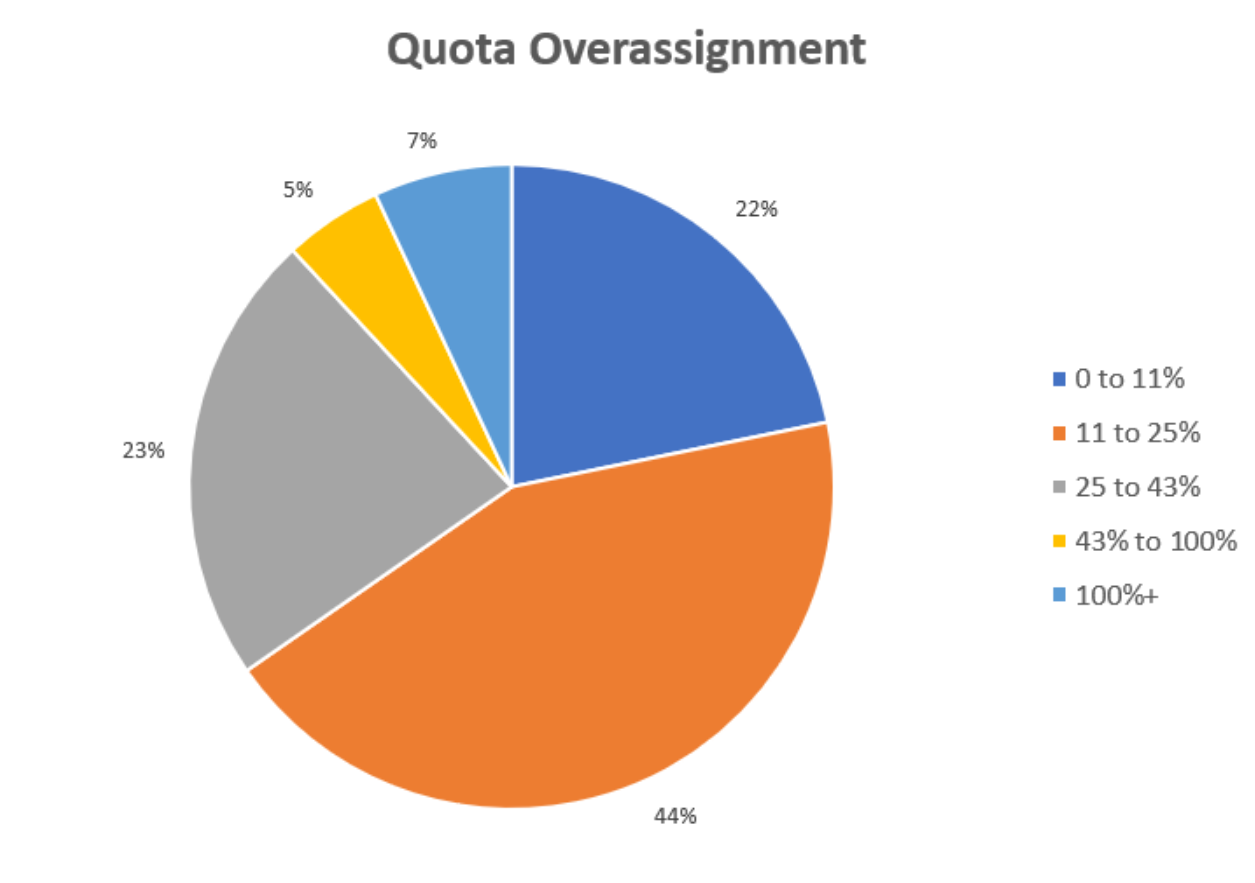 Since this is a pretty broad distribution — and since this has a real impact on culture, I thought examine this on two different angles:  the amount of total cushion and where that cushion lives.

The 0-11% crowd either has a very predictable business model or likes to live dangerously.  Since there’s not that much cushion to go around, it’s not that interesting to discuss who has it.  I hope these companies have adequately modeled sales turnover and its effects on quota capacity.

The 11-25% crowd strikes me as reasonable.  In my experience, most enterprise software companies run in the 20% range, so they assign 120 units of quota at the salesrep level for an operating plan that requires 100 units of sales.  Then the question is who has the cushion?  Let’s look at three companies.

While many might be drawn to company 3, personally, I think the best answer is yet another scenario where the CEO and VP of Sales are both tied to 100, the sales managers to 110, and the aggregate salesrep quota to 120.  Unless the CEO has multiple quota-carrying direct reports, it’s hard to give the VP of Sales a higher quota than him/herself, so they should tie themselves together and share the 10% cushion from the sales managers who in turn have ~10% cushion relative to their teams.

So think about this for a minute.  The VP of Sales can be at 83% of quota, the sales managers on average can be at 71% of quota, and the salesreps can be at 63% of their quota — and the CEO will still be on plan.  The only people hitting their number, making their on-target earnings (OTE), and drinking champagne at the end of the quarter are the CEO and CFO.  (And they better drink it in a closet.)

That’s why I believe cushion isn’t just a math problem.  It’s a cultural issue.  Do you want a “let them eat cake” or a “we’re all in this together” culture.  The answer to that question should help determine how much cushion you have and where it lives.

This entry was posted in Culture, Management, Sales and tagged overallocation, overassignment. Bookmark the permalink.

8 responses to “Quota Over-assignment and Culture”