Whenever I have the chance to watch a big league politician at work, I always try to study their communications skills in an effort to learn from the best.  In a previous post, I presented what I learned watching Congresswoman Jackie Speier work a room, a pretty amazing sight, in The Introvert’s Guide to Glad-Handing.

Yesterday, I had the chance to watch Mayor Pete in action at a gathering in Palo Alto.  Political views aside [1], the man is a simply outstanding public speaker.  In this post, I’ll share what I learned from watching him work. 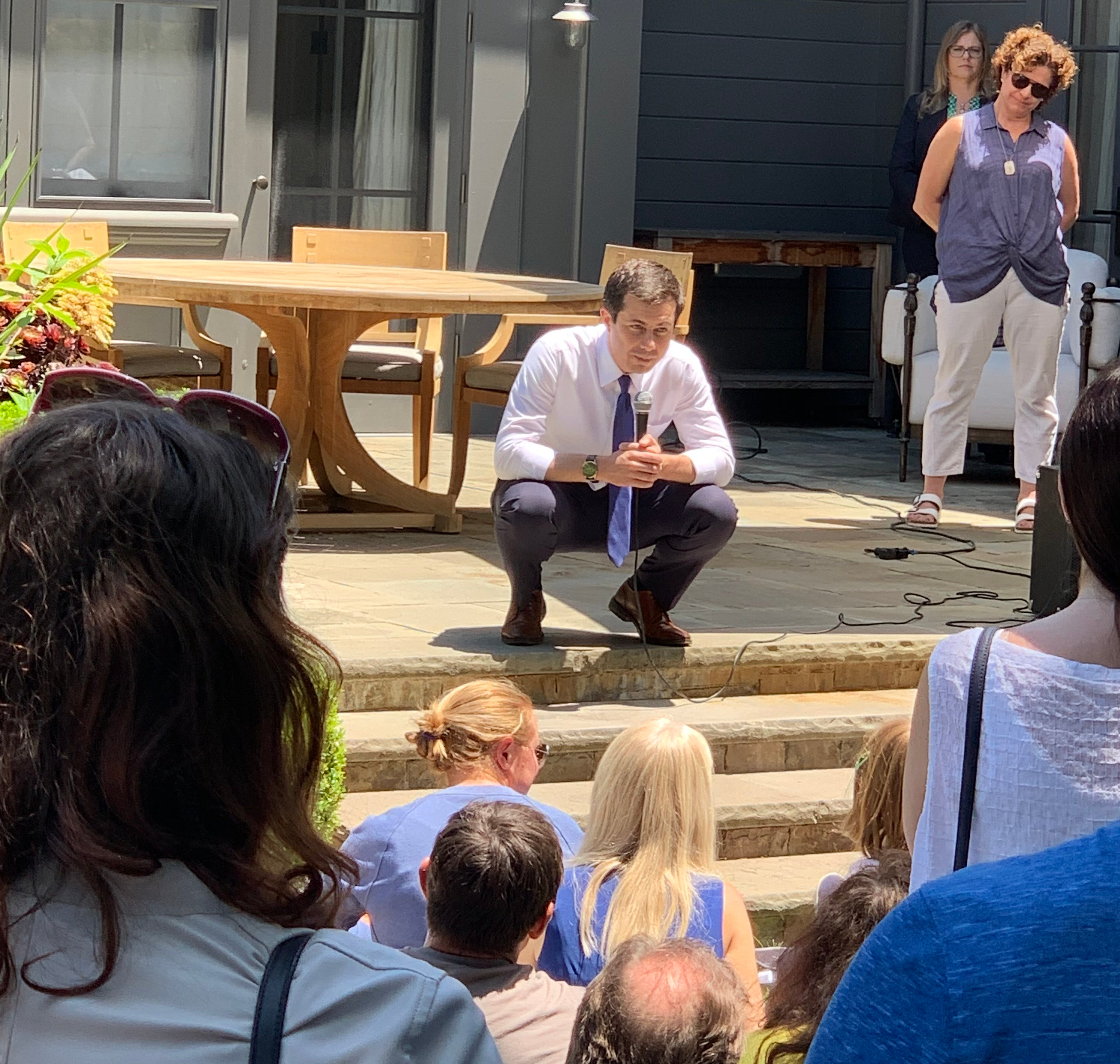 [1]  See my FAQ for my social media policy.  In short, because my Twitter feed is a curated version of everything I read, I tweet on a broad array of subjects which, in the current era, includes politics.  However, I try to keep my blog free from any political content — with one exception:  since politicians are generally highly skilled in marketing communications, I try to learn from them and apply what they can teach us in high-tech. Towards that end, by the way, I always recommend following two people:  Alan Kelly, a high-tech PR maven (the PR guy who put Oracle on the map) who decided to take his game to the big leagues by taking his system to DC and opening a communications firm there and Frank Luntz, a market researcher, pollster, and author of Words that Work.

[2] On “there’s always some engineer not afraid to ask anything” theory, I have heard the story of an All Hands where an engineer asked the CEO what he thought about the VP of Sales having an affair with the VP of Marketing.  OK, that’s awkward for the person who suggested the Town Hall format.

[3] Where at a User Conference when asked why so few women were in Engineering leadership, the VP responded that the company had many women on the team but they tended to work in the “more arts and crafts positions,” which made everyone in the crowd wonder if they were cutting paper flowers with scissors or building software.

[5] If you do, you are silently seeking confirmation (“did that answer your question?”) and potentially inviting the questioner to ask a follow-up question.  If you’re trying to work a room, you want to engage as many different people as possible.

[6] Or those, as you can see in the Princess Diana link, otherwise unable to get up.

[7] Applying the “engage the person” rule.