The Key to Branding Success: Staying in Character

Decades ago I had the pleasure of watching a branding video, created by a San Francisco ad agency, narrated by an advertising executive with a familiar voice who’d narrated scores of commercials [1].  It was, I believe, entitled Staying in Character and while I’ve searched the internet for it many times over the years — and just spent another hour unsuccessfully trying again — I’ve never managed to find it.

All these thoughts were stirred up the other morning when I read this story about Hugh Grant. 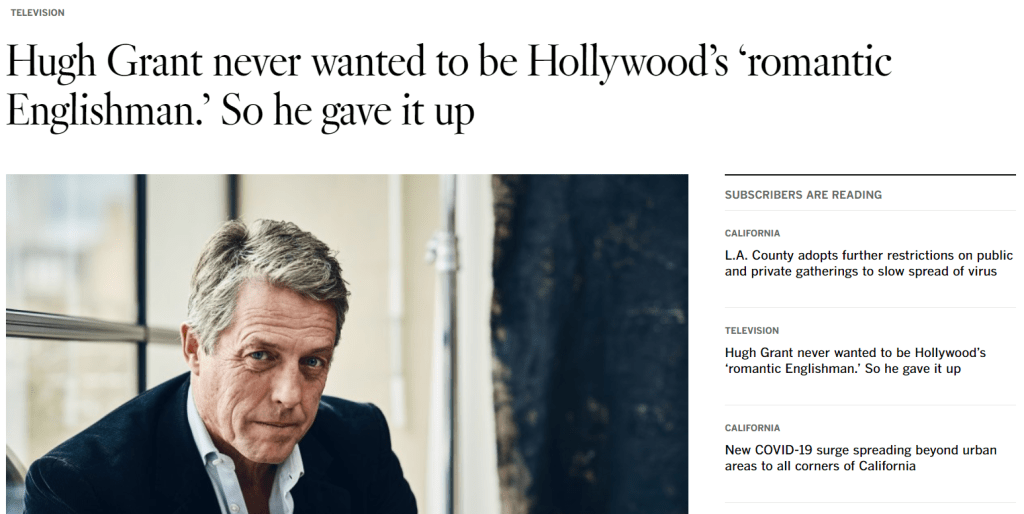 Staying in Character used actors as one example, arguing that most actors’ worst movies are when they were (as the Hollywood expression goes) playing against type, such as John Wayne as a Roman centurion, Sylvester Stallone in Stop! Or My Mom Will Shoot, or Macaulay Culkin playing a psychopathic murderer.  While defying type entirely, or successfully playing against it, is undoubtedly a great accomplishment for an actor, most audiences don’t like it.

It’s a straight conflict of interest between the actor/product and the audience/consumer.  Hugh Grant wants to show the world that he can play a role other than the romantic Englishman.  However, just as we want our coffees customized at Starbucks and the restrooms clean at McDonald’s, we want Hugh Grant to be a romantic Englishman.  We don’t care if Hugh Grant is bored of being Hugh Grant.  That’s his problem.

Musicians have the same challenge.  They get tired of playing the same old songs and want to play their newer material, but the fans want to hear the classics [2].  James Taylor, ever humorous, put this well in discussing his hit cover of You’ve Got a Friend.

Taylor described the night he first heard songwriter Carole King perform the song. Taylor got so excited that, he said, “I literally ran to get my guitar and try to learn how to play it. Of course, I didn’t realize then I’d be playing it every night for the rest of my life.”

The other example I remember from the video was a discussion of Jack Daniels, who’s been credited with creating one of the longest-running advertising campaigns in history.  Here are two of their ads from the 1980s. 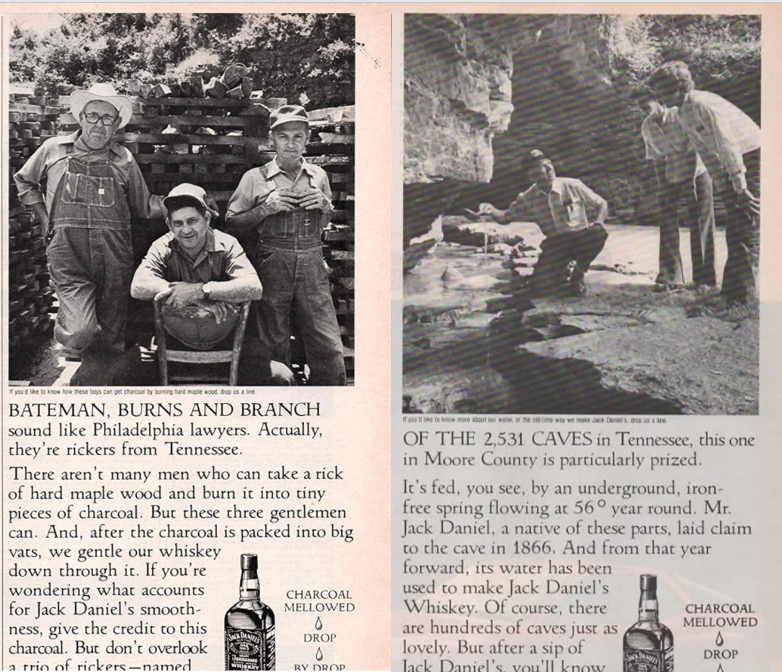 That’s branding.  It starts with the product and the packaging.  But it’s also as much about who you are as how you talk.  (By the way, isn’t that copywriting delightful?)

While storytelling is all the current marketing rage, and while these ads certainly tell stories, staying in character goes beyond the telling of individual stories to how you link numerous brand-building stories together over time.

Really, it’s about one thing:  consistency.

It’s about you being you.  Or, for that matter, Hugh being Hugh.  And it’s why:

In the end, it’s about defining who you are, communicating it, and sticking with it.  That’s staying in character.  And it’s critical to any branding effort.

[1] Yesterday’s guess was Hal Riney, but I don’t think it was him.  The voice was too warm and not nasal enough.

[2] Even the Grateful Dead, despite their improvisational style, deep repertoire, and ever-changing setlists, fell subtly victim to the “what we want to play” vs. “what they want to hear” phenomenon.