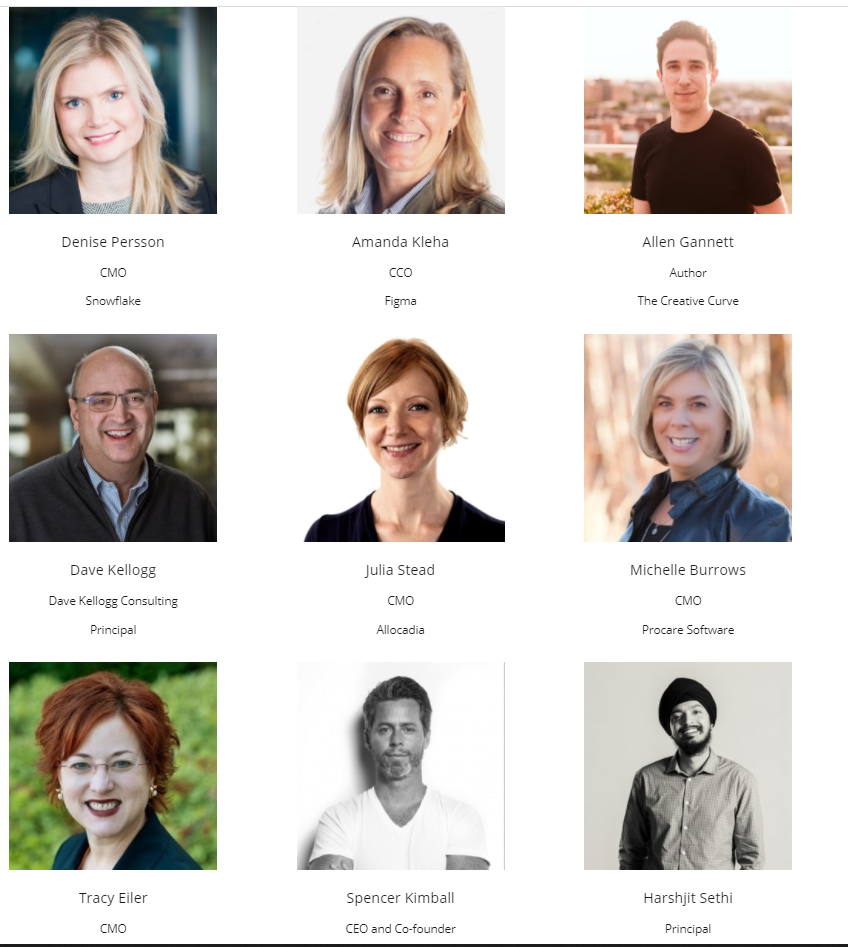 Reunited with old friend Tracy Eiler on the speaker page

The SaaStr Annual conference was delayed this year, but Jason & crew know that the show must go on.  So this year’s event has been rechristened SaaStr Annual @ Home and is being held in virtual, online format on September 2nd and 3rd.  The team at SaaStr have assembled a strong, diverse line-up of speakers to provide what should be another simply amazing program.

The purpose of this post is to provide a teaser to entice you to attend my session, Churn is Dead, Long Live Net Dollar Retention Rate, bright and early on Wednesday, September 2nd at 8:00 AM.

“I eat SaaS metrics for breakfast,” he thinks.  Or at least, “with.”

In this session, we’ll cover:

While the topic might seem a little dry, the content is critically important to any SaaS executive, and I can assure you the presentation will be fast-paced, fun, and anything but dry.

I hope you can attend and I look forward to seeing you there.

New ARR and CAC in Price-Ramped vs. Auto-Expanding Deals

In this post we’re going to look at the management accounting side of multi-year SaaS deals that grow in value over time.  I’ve been asked about this a few times lately, less because people value my accounting knowledge [1] but rather because people are curious about the CAC impact of such deals and how to compensate sales on them.

Say you sign a three-year deal with a customer that ramps in payment structure:  year 1 costs $1M, year 2 costs $2M, and year 3 costs $3M.  Let’s say in this example the customer is getting the exact same value in all 3 years (e.g., the right for 1,000 people to use a SaaS service) – so the payment structure is purely financial in nature and not related to customer value.

Equal Value:  The Price-Ramped Deal
The question on my mind is how do I look at this from a new ARR bookings, ending ARR, CAC, and sales compensation perspective?

GAAP rules define precisely how to take this from a GAAP revenue perspective – and with the adoption of ASC 606 even those rules are changing.  Let’s take an example from this KPMG data sheet on ASC 606 and SaaS.

When I look at this is I see:

Now, from an internal, management accounting perspective, what do you want to do with this deal in terms of new ARR bookings, ending ARR balance, CAC ratio, and sales comp?  We could say:

And I’d be OK with that treatment.  Moreover, it jibes with my definition of ARR which is:

That’s because ASC 606 also flattens out the uneven cash flows into a flat revenue stream.

Now, personally, I don’t want to be financing my customers when I’m at a high-burn startup, so I’m going to try and avoid deals like this.  But if I have to do one, and we’re a mature enough business to be quite sure that years 2 and 3 are really coming, then I’m OK to treat it this way.  If I’m not sure we’ll get paid in years 2 and 3 – say it’s for a brand-new product that has never been used at this scale – then I might revert to the more GAAP-oriented, 1-2-3 approach, effectively treating the deal not as a price ramp, but as an auto-expander.

Increasing Value:  The Auto-Expanding Deal
Let’s say we have a different use-case.  We sell a SaaS platform and year 1 will be exclusively focused on developing a custom SaaS app, we will roll it to 500 users day 1 of year 2, and we will roll it to 500 more users on day 1 of year 3.  Further assume that the customer gets the same value from each of these phases and each phase continues until the end of the contract [8].  Also assume the customer expects that going forward, they will be paying $3M/year plus annual inflation adjustments.

When you celebrate it at the company kickoff you can say the customer has made a $6M commitment (total contract value, or TCV [9]) to the company and when you tier your customers for customer support/success purposes you might do so by TCV as opposed to ARR [10].  When you talk to investors you can say that $1M of next year’s and $1M of the subsequent year’s upsell is already under contract, ergo increasing your confidence in your three-year plan.  Or you could roll it all together into a statement about backlog or RPO [11].  That part’s relatively easy.

The hard part is figuring out sales compensation and CAC.  While your rep will surely argue this is a $2M ARR deal (if not a $3M ARR deal) and that he/she should be paid accordingly, hopefully you have an ARR-driven (and not a total bookings-driven) compensation plan and we’ve already established that we can’t see this as $2M or $3M ARR deal.  Not yet, at least.

Finally, what to do about the CAC?  One might argue that the full cost of sale for the eventual $3M in ARR was born up-front.  Another might argue that, no, plenty of account management will be required to ensure we actually get the pre-sold upsell.  The easiest and most consistent thing to do is to treat the ARR as we mentioned (1+1+1) and calculate the CAC, as you normally would, using the ARR that we put in the pool.

If you do a lot of these deals, then you would see a high new-business CAC ratio that is easily explained by stellar net-dollar expansion rates (173% if these were all you did).  Think:  “yes, we spend a lot up-front to get a customer, but after we hook them, they triple by year three.”

Personally, I think any investor would quickly understand (and fall in love with) those numbers.  If you disagree, then you could always calculate some supplemental CAC ratio designed to better amortize the cost of sale across the total ARR [14].  Since you can’t have your cake and eat it too, this will make the initial CAC look better but your upsell CAC and net-dollar expansion rates worse.

As always, I think the right answer is to stick with the fundamental metrics and let them tell the story, rather than invent new metrics or worse yet, new definitions for standard metrics, which can sow the seeds of complexity and potential distrust.

For more information on ASC 606 adoption, I suggest this podcast and this web page which outlines the five core principles.

[1] I am not an accountant.  I’m a former CEO and strategic marketer who’s pretty good at finance.

[2] And which I like better as “unbilled deferred revenue” is somewhat oxymoronical to me.  (Deferred revenue is revenue that you’ve billed, but you have not yet earned.)

[3] I know in some cases, e.g., prepaid, flat multi-year deals, ASC 606 can actually decide there is a material financing event and kind of separate that from the core deal.  While pure in spirit, it strikes me as complex and the last time I looked closely at it, it actually inflated revenue as opposed to deflating it.

[4] Which I define as all the future revenue over time if every contract played out until its end.

[5] Ergo, you have high empirical confidence that you are going to get all the revenue in the contract over time.

[6] Good comp plans pay only a portion of large commissions on receipt of the order and defer the balance until the collection of cash.  If you call this a $2M ARR deal, you do the comp math as if it’s $2M, but pay out the cash as dictated by the terms in your comp plan.  (That is, make it equivalent to a $2M ARR deal with crazy-delayed payment terms.)  You also retire $2M of quota, in terms of triggering accelerators and qualifying for club.

[6A] This then begs the question of how to comp the $1M in pre-sold upsell in Year 3.  As with any of the cases of pre-sold upsell in this post, my inclination is to pay the rep on it when we get the cash but not on the terms/rates of the Year 1 comp plan, but to “build it in” into their comp plan in year 3, either directly into the structure (which I don’t like because I want reps primarily focused on new ARR) or as a bonus on top of a normal OTE.  You get a reward for pre-sold upsell, but you need to stay here to get it and you don’t year 1 comp plan rates.

[9] Note that TCV can be seen as an “evil” metric in SaaS and rightfully so when you try to pretend that TCV is ARR (e.g., calling a three-year $100K deal “a $300K deal,” kind of implying the $300K is ARR when it’s not).  In this usage, where you’re trying to express total commitment made to the company to emphasize the importance of the customer, I think it’s fine to talk about TCV – particularly because it also indirectly highlights the built-in upsell yet to come.

[10] Or perhaps some intelligent mix thereof.  In this case, I’d want to weight towards TCV because if they are not successful in year 1, then I fail to collect 5/6th of the deal.  While I’d never tell an investor this was a $6M ARR deal (because it’s not true), I’d happily tell my Customer Success team that this a $6M TCV customer who we better take care of.  (And yes, you should probably give equal care to a $2M ARR customer who buys on one-year contracts – in reality, either way, they’d both end up “Tier 1” and that should be all that matters.)

[12] In the event your compensation plan offers a kicker for multi-year contracts.

[13] And while you should factor in the pre-committed upsell in setting the reps targets in years 2 and 3, you shouldn’t go so far as to give them a normal upsell target with the committed upsell atop it.  There is surely middle ground to be had.  My inclination is to give the rep a “normal” comp plan and build in collecting the $1M as a bonus on top — but, not of course at regular new ARR rates.  The alternative is to build (all or some of) it into the quota which will possibly demotivate the rep by raising targets and reducing rates, especially if you just pile $1M on top of a $1M quota.