A Look at the Tintri S-1

Every now and then I take a dive into an S-1 to see what clears the current, ever-changing bar for going public.  After a somewhat rocky IPO process, Tintri went public June 30 after cutting the IPO offering price and has traded flat thus far since then.

Let’s read an excerpt from this Business Insider story before taking a look at the numbers.

Before going public, Tintri had raised $260 million from venture investors and was valued at $800 million.

With the performance of this IPO, the company is now valued at about about $231 million, based on $7.50 a share and its roughly 31 million outstanding shares, (if the IPO’s bankers don’t buy their optional, additional roughly 1.3 million shares.)

In other words, this IPO killed a good $570 million of the company’s value.

In other words, Tintri looks like a “down-round IPO” (or an “IPO of last resort“) — something that frankly almost never happened before the recent mid/late stage private valuation bubble of the past 4 years.

Let’s look at some numbers. 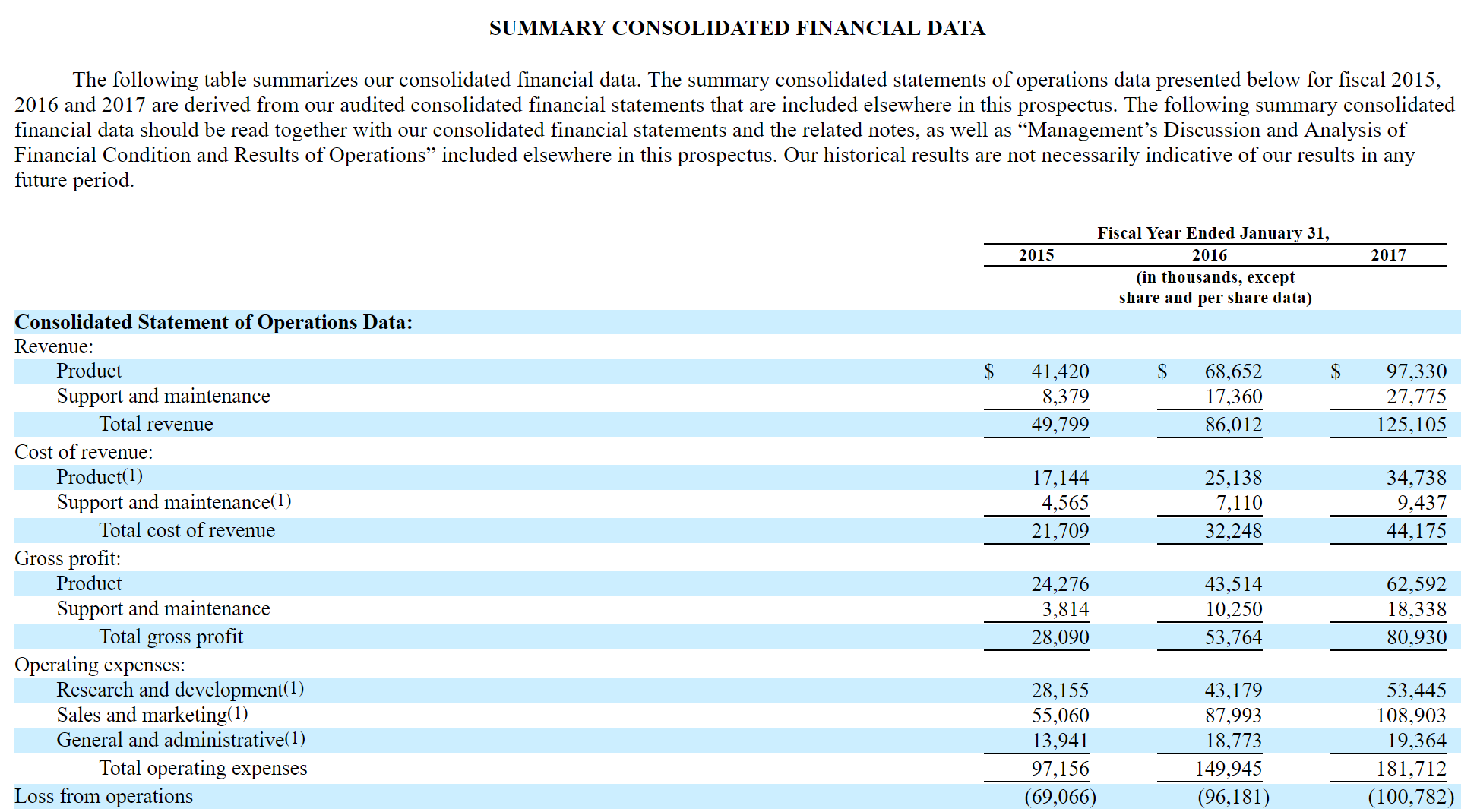 Overall, my impression is of an on-premises (and to a lesser extent, hardware) company in SaaS clothing — i.e., Tintri’s metrics look like a SaaS company, but they aren’t so they should look better.  SaaS company metrics typically look worse than traditional software companies for two reasons:  (1) revenue growth is depressed by the need to amortize revenue over the course of the subscription and (2) subscriptions companies are willing to spend more on S&M to acquire a customer because of the recurring nature of a subscription.

Concretely, if you compare two 100-unit customers, the SaaS customer is worth twice the license/maintenance customer over 5 years.

Overall, and see my disclaimers, but this is one that I’ll be passing on.