After the SaaSacre of early 2016, investors generally backed off a growth-at-all-costs mindset and started to value SaaS companies using an “appropriate” balance of growth and profitability.  The question then became, what’s appropriate?  The answer was:  the rule of 40 [1].

There are a number of options for deciding what to use to represent growth (e.g., ARR) and profit (e.g., EBITDA, operating margin). For public companies it usually translates to revenue growth rate and free cash flow margin.

It’s important to understand that such “rules” are not black and white.  As we’ll see in a minute, lots of companies deviate from the rule of 40.  The right way to think about these rules of thumb is as predictors.  Back in the day, what best predicted the value of a SaaS company?  Revenue growth — without regard for margin.  (In fact, often inversely correlated to margin.)  When that started to break down, people started looking for a better independent variable.  The answer to that search was the rule of 40 score.

Let’s examine a few charts courtesy of the folks at Pacific Crest and as presented at the recent, stellar Zuora CFO Forum, a CFO gathering run alongside their Subscribed conference. 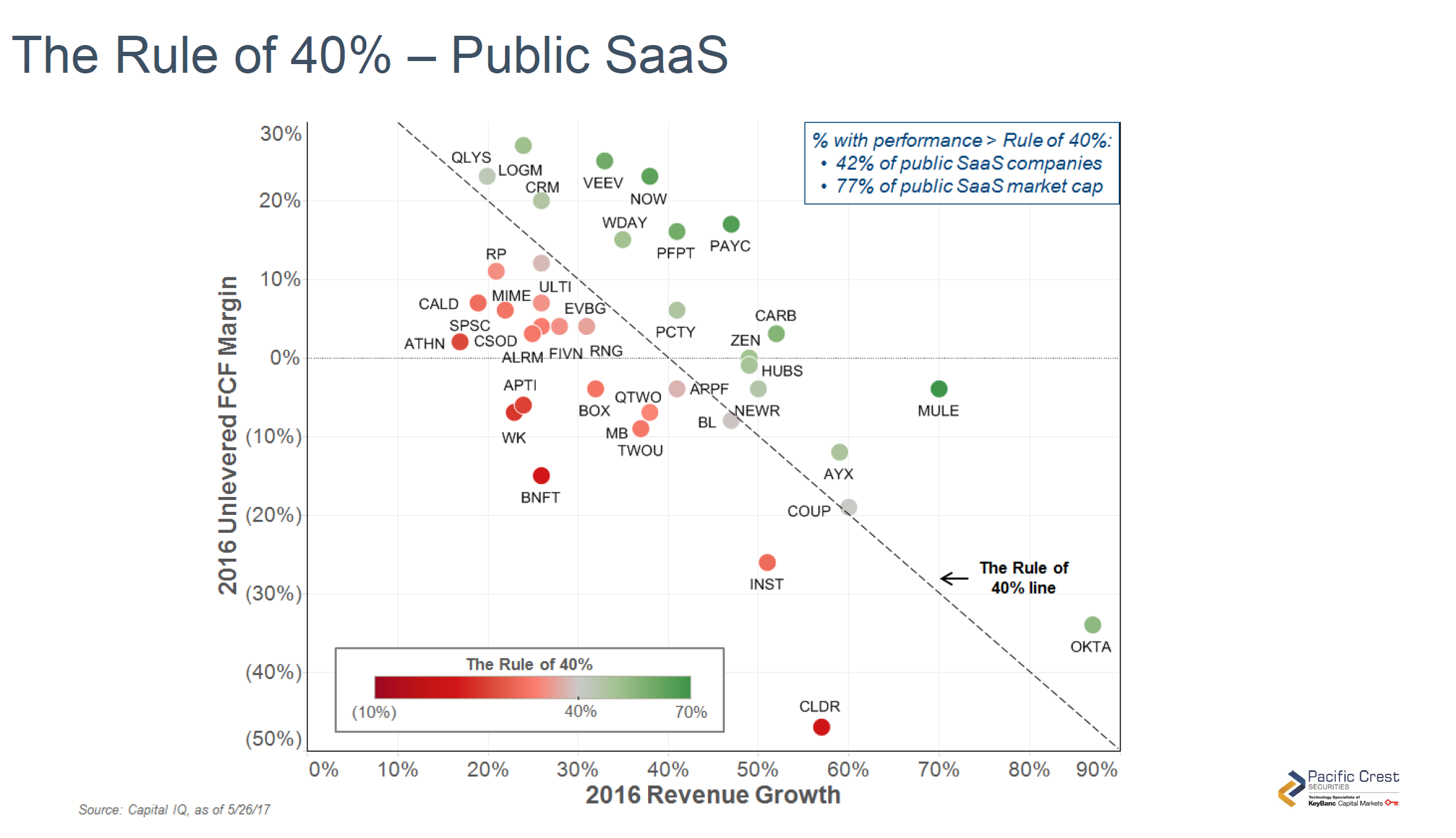 As a quick demonstration of the exception-to-every-rule principle, Tintri recently went public off 45% growth with -81% operating margins, [2] reflecting a rule of 40 score of -36%, and a placement that would be off the chart (in the underneath sense) even if corrected for non-cash expenses.

For those interested in company valuations, the more interesting chart is this one. 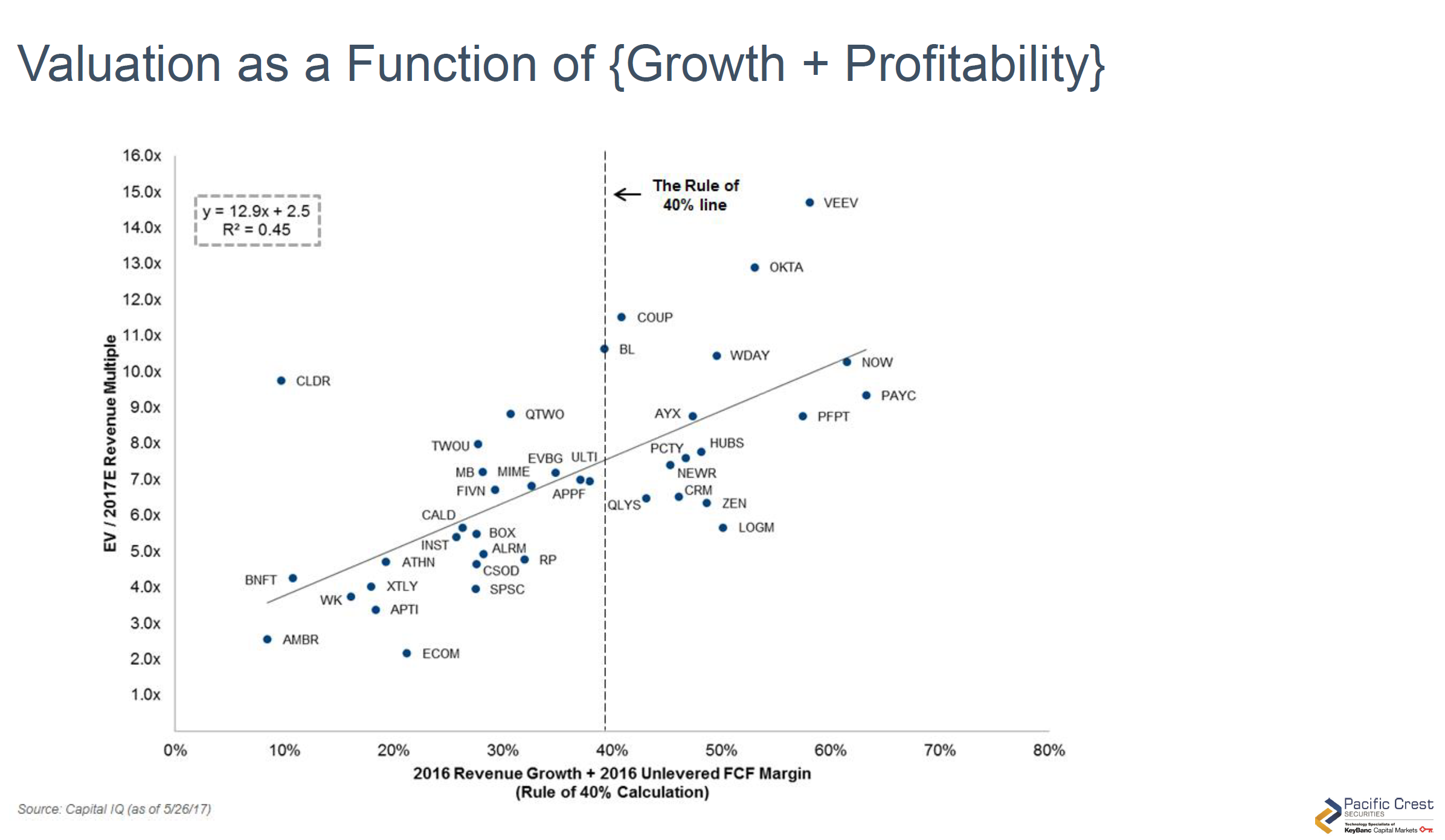 This chart plots rule of 40 score on the X axis, valuation multiple on the Y axis, and produces a pretty good regression line the shows the relationship between the two.  In short, the rule of 40 alone explains nearly 50% of SaaS company valuation.  I believe that outliers fall into one of two categories:

Executives and employees at startups should understand [3] the rule of 40 as it explains the general tendency of SaaS companies to focus on a balance of growth and profitability as opposed to a growth at all costs strategy that was more popular several years back.  Ignore the rule of 40 at your peril.

[1] While the Rule of 40 concept preceded the SaaSacre, I do believe that the SaaSacre was the wake-up call that made more investors and companies pay attention to.

[3] Other good rule of 40 posts are available from:  Tomasz Tungaz, Sundeep Peechu, and Jeff Epstein and Josh Harder.

This entry was posted in Sales, Silicon Valley, Startups, Valuation, Venture Capital and tagged Rule of 40. Bookmark the permalink.